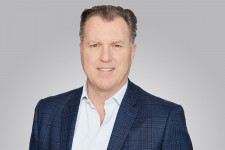 "I am thrilled about the opportunity to lead the continued growth at Patch Lending," said Tatham. "We have the necessary capital resources in place, coupled with a strong team and proprietary technology that will provide our customers access to the loan programs needed to scale their real estate investments."

Tatham brings three decades of financial experience to the Patch Lending team. Prior to joining Patch, Tatham held the position of CFO at Conventus Holdings Corporation, an organization he helped co-found in 2015. He has also held the position of director at LNG Partners, as well as Vice President at JPMorgan Chase & Co. Tatham received his Master's in Business Administration (M.B.A) from Columbia Business School and holds a Bachelor's Degree in Business Administration from the University of Southern California.

Patch Lending (formerly known as Patch of Land) has a legacy as an innovative, progressive Fintech company founded on the premise that the JOBS Act of 2012 would create dynamic new opportunities for businesses and ordinary Americans. As a startup created in 2013 with a simple mission to help build wealth and grow communities, Patch began its journey by leveraging leading-edge technology to empower everyday real estate investors. It has since helped fund thousands of properties and over $1.5 billion in private money loans to investors across the country.

To learn more about Patch Lending and the loan programs offered by the company, please visit http://www.patchlending.com.

Get notified about new releases.